What a Week: It's not October, but for now it'll do.

Hockey ends, and the subsequent months of waiting become difficult. This summer has been particularly bad. Free agent day was, for the most part, a bust. The news has been relatively slow and overwhelmingly Kovalchuck-centric. Even the Tigers - the usual methadone for a hockey-heroin addiction - have been overwhelmingly disappointing.

(Speaking of which, be sure to check out "A Game of Inges," a new Tigers blog started by a couple of buddies of mine. They picked an awesome time to start writing about the Tigers. Right about the time that even thinking about the Old English D makes you want to break your own femur. Even so - it's good shit. Read it.)

But really. It's been a less than easy summer - hockey-wise. The news has been slow. Well, until last week.

The last time I wrote, I was preparing to leave for a week to spend time in the Canadian wilderness. I suggested that as soon as I left, an avalanche of news would suddenly break. Turns out, I wasn't wrong.

Fucking. Right. Doggy. Color me excited about this one. From the beginning I was in the camp that was favored bringing Modano back to Michigan. Sure, he's aging. Sure, he's had injury problems. But the dude still has wheels and a shot. He comes cheap, with great experience, and adds quite a bit of depth. However, perhaps the most overrated part of his game:

His ability to see dead people. 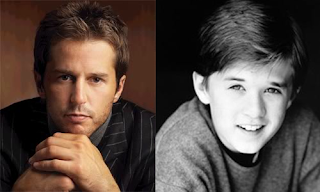 I'm way into the fact that Modano adds some real threatening scoring depth to the team, and will be a huge upgrade on the point for the second powerplay. Plus, he comes at only a $1.25 million cap hit. He'll be owed more in bonuses if he's able to play a good amount of games and we make it deep enough in the playoffs. To me, that's a great way to manage the cap. Rather than frontloading the contract, Kenny Holland will be able to... pay it forward.

Well, well, well. Look who finally decided to hang 'em up. Apparently his osteoperosis finally got in the way of his ability to enjoy the game. Again, I'm excited Cheli will be again tied to the Wings. First, he's a hockey icon and can really help out the front office. Second, it's one more thing that we've taken from Chicago for good. And that just feels good.


Oh baby. The Saturday that I left, Antti Niemi was awarded $2.75 million by his arbiter. Disappointingly manageable. I was really hoping that the perfect storm of arbitration would have awarded him a whole lot more. This was the last bit of news I heard before being completely cut off from civilization. I fully expected to hear that Chicago jumped at the idea and put ink to paper, retaining their Stanley Cup winning goaltender.

About halfway through the week, I was having a conversation with the only other people on the lake up there. Toronto natives, they were of course hockey fans. Upon learning that I live in Chicago, they mentioned that the Hawks just signed Marty Turco.

Fifteen minutes of hysterical laughter later, I thanked them for the good news and had some celebratory Kieth's. Marty. Fucking. Turco. Now, Chicago's got a vastly overpaid sieve that they need to find a way to bury, sending a message to every free agent out there that they don't give a flying fuck about their player's careers, and a goaltender who's stats have gotten increasingly worse every year since the lockout and cannot manage to win games against his new division rival. AND they're about $3 million over the cap. That's just delicious.

Now, I know something else happened last week that is of note. What is it... Oh yeah. 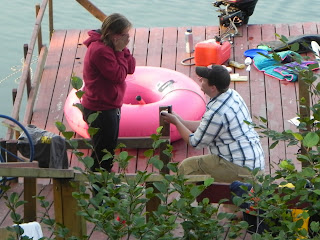 Yessir. I know it's not really hockey related, but I'm excited so bear with me. About a month ago, JRock ensured that there would be a Future Mrs. JRock by getting engaged. I figured that was such a good idea that I followed suit. While in the most beautiful middle of nowhere on the planet, I somehow managed to trick a perfectly wonderful girl into promising to marry me. I'm pretty sure I can speak for JRock when I say we're both immensely excited, happy, and bewilderingly lucky.

So there ya have it. I managed to actually write something insightful during my last post, where I suggested that as soon as I left all kinds of wonderful things would happen in the hockey world. Turns out - me being out of the country makes the offseason a bit more bearable for the rest of you.

As a public service, I will officially volunteer to recreate the vacation and spend every offseason on a beautiful lake in the middle of northern Ontario. All I ask from you Wings fans is to finance it. I figure several cases of Alexander Keiths and a diamond ring per week sounds about right. Gotta be worth it to make sure the summer isn't so mind numbing.