The Modano Mess: Hysteria in Hockeytown

I've written here before I fell off the face of the Internet, stating that I wouldn't mind seeing Mike Modano slap on a Winged Wheel and skate for Detroit next season. Sure enough, days later, Kenny Holland was talking about his interest in the former Stars star, and Mikey Mo was visiting Hockeytown about his future. Excitement began to stir a bit. Personally, I was rather worried. If Modano happened to sign in Detroit, then I would have potentially written something mildly insightful, and it would likely be a sign of the impending apocalypse.

That aside, the prospect of the Greatest American Forward to have played the game taking the ice for the Wings was pretty exciting. Many people agreed, and some differed. And then, Mike did the unthinkable.
Panic ensued. Riots assembled. People gathered their brooms and officially declared shenanigans. In short: everyone lost their shit.

Color me confused. Now, I fully recognize the extent of the hypocrisy I'm exhibiting here in chiding Wings fans for overreacting about something Wings related. The very concept sends my stomach-encompassing hockey-ulcer into hysterics. But really: did absolutely anyone expect an instant decision from the guy?

Modano is 40 years old. He's coming off a season where he battled injuries and saw limited ice time. He's played his entire career with one franchise. At the end of last season, absolutely everyone simply assumed the guy was going to hang his skates up for good. Then, at the beginning of free agency there was a little bit of talk about him coming to Detroit. Now, nobody can understand why he wouldn't immediately sign a contract.

Modano has said that he's going to make a decision some time after 05 August, when he'll resume skating. He wants to see how he feels; see if he still has the energy and the drive to play for a full season of hockey. To me, that seems pretty reasonable. It's not like he's tying up the team, causing us to risk losing players, or miss out on other opportunities. It's not like waiting on Modano costs us an opportunity to offer Kovalchuk a 106 year contract for $8 billion or something. It just means we have less to yammer about during this pain in the ass hockeyless nightmare known as summer.

I guess what I'm saying is, there's other shit to worry about. You know, like

"The Winged Wheel's List of Other Shit to Worry About" 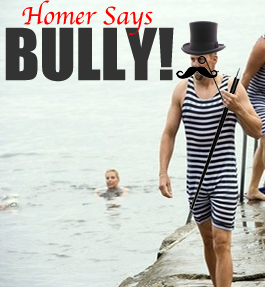 Hopefully, this list will help keep your minds off of Mikey Mo's decision to do something rational for a little while, and you'll be able to focus on what is really important: laughing at Chicago's collapse. See you all in a week.