The 'S' Word: No, not the one used gratuitously on this blog

There's been lots of talk about "Statement Games" recently. Most specifically, many considered the game on Sunday to be one of those games in which the Wings could make a statement. This has occurred throughout the season, about every time the Wings take on one of the league leaders. Games against the Sharks and Hawks specifically are touted as games in which the Wings may make the statement that they are still the team to fear in the West.

Well, that may be. However, tonight, a game against a team currently sitting in the 9 spot, is the game where a true statement may be made. Sure, handling a game against one of the current powerhouses may send a statement that we can hang with anyone, regardless of the turmoils we suffer throughout the season.
Tonight we face off against Calgary. This is a team currently sitting in the 9th Playoff spot, one point behind Detroit. A team that has struggled throughout the season, even without Larry Aurie reaching from out of the sky to bitch-slap their entire roster.  A team that lost Vesa Toskala hot-potato.
I submit to you, dear readers, that this is the game where the Wings must make a statement. This game that follows two Wings' victories against major opponents. The Chicago game was a "statement game" in that a win would send a message to the league that Detroit hasn't gone anywhere yet. However, had we lost, there wouldn't be much of a statement attached. Well, other than the "I like the way we played, the pucks just didn't bounce our way tonight" standard fare from the post-game.

Tonight? Tonight's game will send a statement, no matter the outcome.

On the other hand, for a win:
Yeah, I know. It's a little much. A win or loss tonight does not determine, at least mathematically, whether the Wings make it to the playoffs. Too many variables exist to really make it dispositive of whether we could contend for a twelfth. But all hyperbole aside, the Wings have the choice tonight to drop to the 9th spot, or potentially take the 7th. A choice between chasing the last playoff seed in the conference, or stringing together some strong performances and putting 5 and 6 in our sights. It's up to them to make that choice.

Well, perhaps "with a little help from my friends": 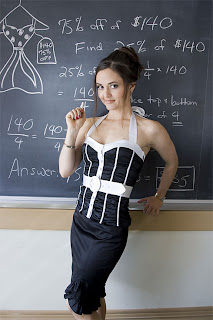 Oh man. An ancient Rome joke AND a Joe Cocker/Late-80's-Early-90's television show joke in one post!? You're welcome.

Our Lady of Wonder, pray for us.
Posted by CaptNorris5 at 3:50 PM